Liverpool midfielder Fabio Carvalho has opened up about his huge aspirations to win numerous accolades in the future with the Reds.

The Portuguese international said (via Anfield Watch):
“A few Ballon d’Or’s, a few Champions Leagues. You laugh but I am being serious.”
Carvalho joined Liverpool from Fulham earlier this summer for a reported fee of £5 million, with £2.7 million in add-ons. The contract also included a 20-percent sell-on clause.The Portuguese midfielder had a fruitful season with the Cottagers last term. He scored ten goals and provided eight assists in 36 appearances in the Championship.

Carvalho has also been up to the mark in his debut season for the Reds so far in the Premier League. The 20-year-old star has recorded two goals in seven matches for the Merseyside club.

Liverpool were tame with regards to transfer affairs until the closing stages of the window, having only signed Carvalho, Darwin Nunez, and Calvin Ramsay. However, the Reds scrambled to secure the services of a midfielder after manager Jurgen Klopp reversed his stance on the matter.

“I know we have had this discussion since it all started and I am the one who said we don’t need a midfielder and I was wrong. That’s the situation.”

Ultimately, the Merseyside club only managed to sign Arthur Melo from Juventus on loan.

Fabio Carvalho has heaped praise on a roaring Liverpool crowd who helped the Reds secure a victory over Newcastle in the Premier League on Thursday, September 1.

The Merseyside club were initially 1-0 down within 38 minutes of the first half after Alexander Isak found the back of the net.

However, Liverpool managed to find their rhythm in the second half as Roberto Firmino scored the equalizer in the 61st minute. The encounter was nearing a 1-1 draw when Carvalho came to the rescue by manifesting a very late winner in stoppage time.

Have a great day, Fabio 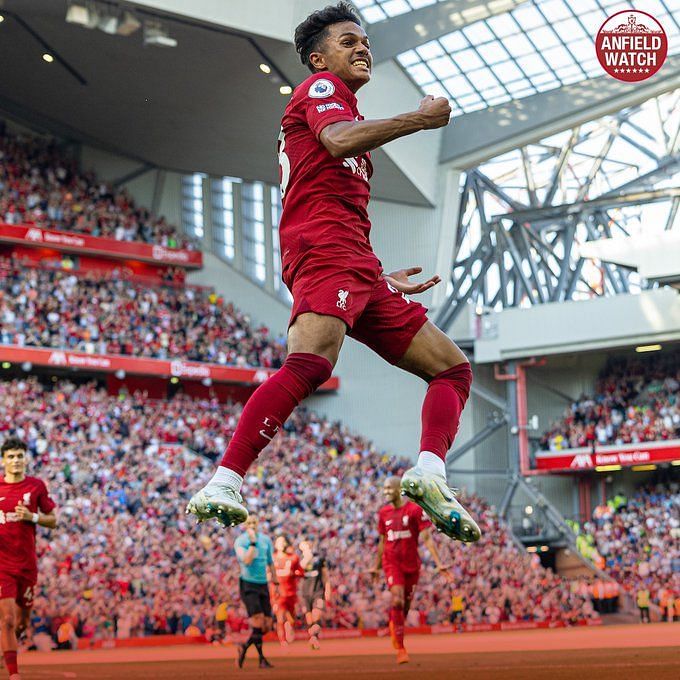