Jurgen Klopp has ruled Liverpool out of the Premier League title race just eight games into the 2022-23 campaign.

WHAT HAPPENED? The Reds entered the season looking to force their way into contention for more major honours, having taken in every fixture available to them across domestic and continental competition last term. Klopp’s side have, however, continued to leak goals and points at an alarming rate – with three more in each of those categories slipping through the net during a demoralising defeat at table-topping Arsenal.

WHAT THEY SAID: Quizzed on whether his side remain in contention to be crowned champions, Klopp told reporters: “Yeah, not in the title race. Imagine if I would sit here and think we are nearly there. Of course, in a situation like ours, we play Arsenal, now we play Rangers obviously and then we play Man City, is that the perfect opponent for finding confidence back? Probably not.

“But it is always like this, in a situation like this: you can ask all the questions, but my answers, I cannot change really a lot. If you are winning, there are five million things we could talk about, ‘He’s great, he’s great and he’s super, and the goals were outstanding.’ Losing is always the same, the conversations are a bit more rusty. I cannot change that, I couldn’t be bothered about it, to be honest. But what you build with your hand you knock down with your backside, that’s not helpful and that’s what we did.”

THE BIGGER PICTURE: Defeat at Emirates Stadium has left Liverpool 10th in the Premier League standings, with only two wins and 10 points taken from eight top-flight fixtures. 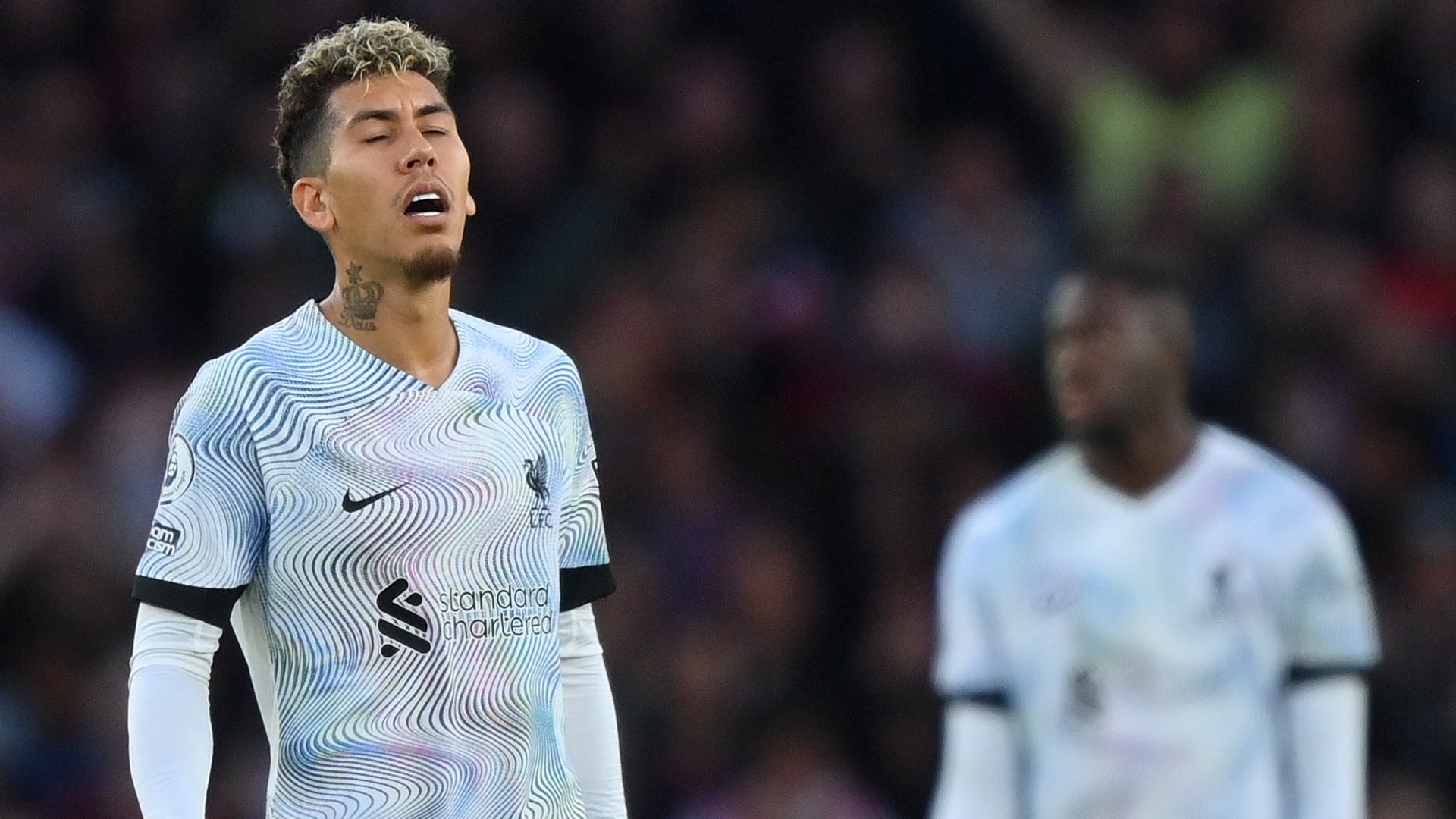 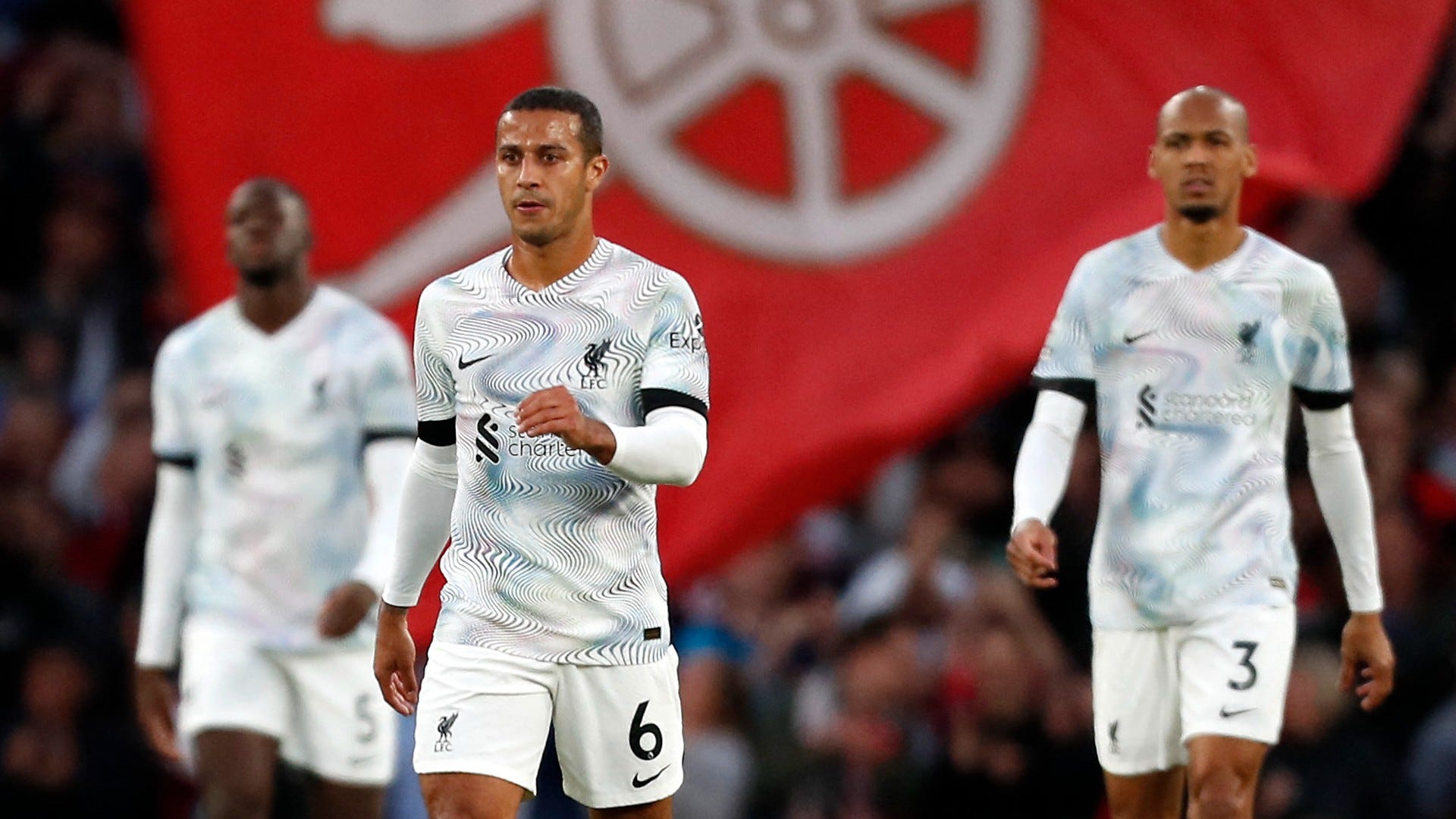 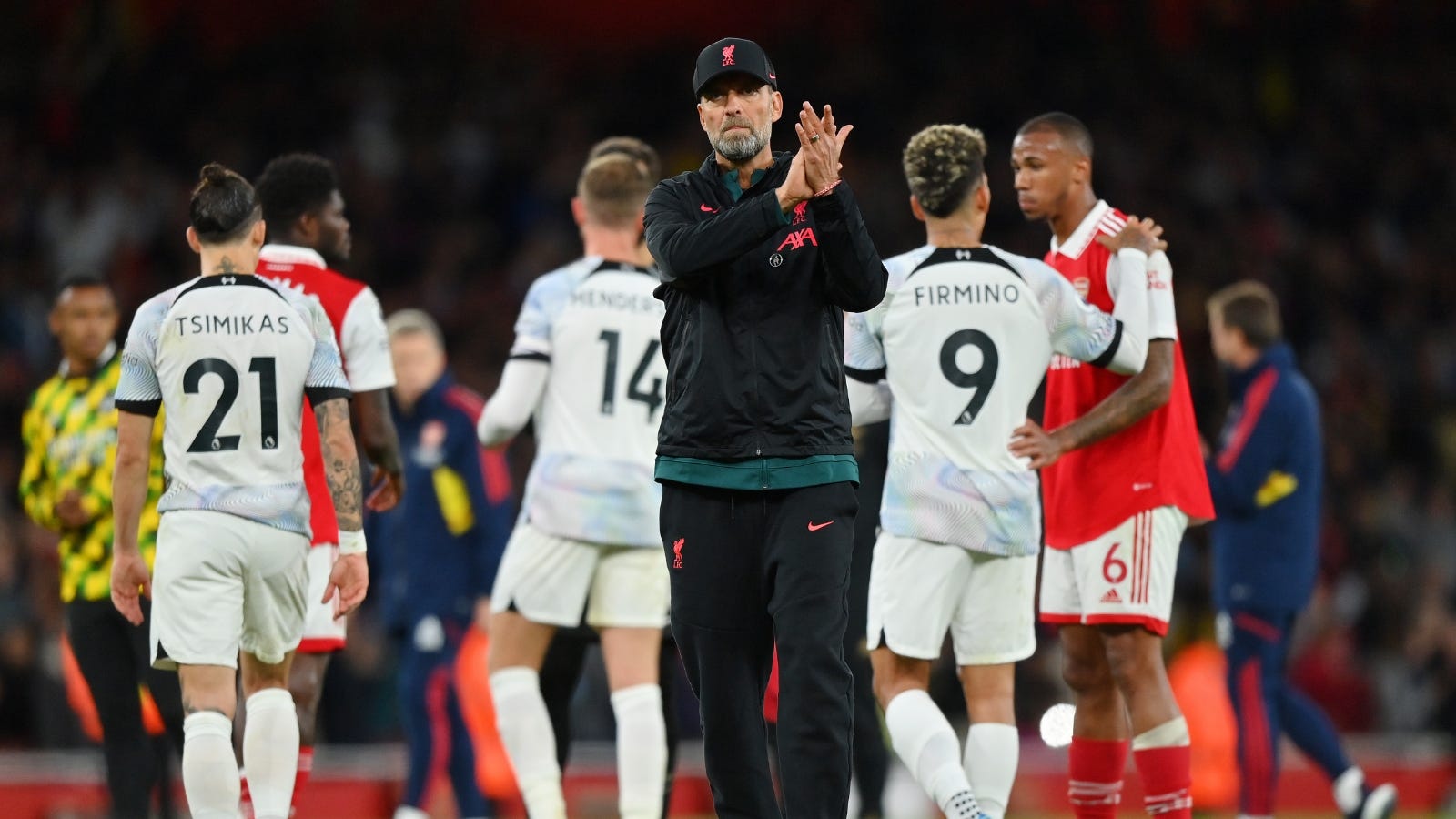 DID YOU KNOW? With 10 points from eight games so far, this is Liverpool’s worst return at this stage of a Premier League campaign since 2012-13 (9 points), when they ultimately finished 7th.

WHAT NEXT FOR LIVERPOOL? The Reds will be back in Champions League action away at Rangers on Wednesday, before then playing host to Premier League title holders Manchester City on Sunday.