"There's always a risk that he could become someone like Timo Werner" - Pundit makes interesting comparison of Liverpool star - SportyHubs.com Former Liverpool right-back Glen Johnson has backed new signing Darwin Nunez to eventually come good at Anfield.The Uruguayan joined Liverpool in a €75 million move from Benfica. But he has so far scored just two goals for them in six appearances, one of which came in the Community Shield.

The jury is out on Nunez with some fans questioning the signing. The striker has, however, been with the Reds for just a little over two months and still has time on his side. 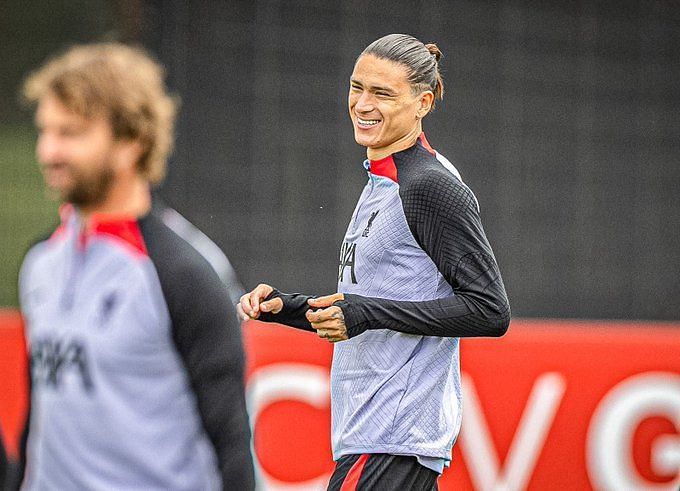 Johnson is confident that the young forward will ultimately prove his worth for Liverpool. But he did express concern that Nunez could go Timo Werner’s way.

“I’m confident Nunez will come good. You want a player with a fire in their belly. He’s a bit like Richarlison in that respect.

“Whether he hits the heights of Diaz we’re yet to see but I think he’s got the potential.

“There’s always a risk that he could become someone like Timo Werner. Just because a player flourishes away from the Premier League, doesn’t mean they’ll do it straight away,” Johnson told Genting Casino.

Werner joined Chelsea from RB Leipzig for €53 million as a highly-rated forward in 2020. But he returned to the German side after managing to score just 10 Premier League goals in two seasons.

Glen Johnson also named his preferred England front three for the World Cup, to be held later this year. The former Chelsea and Liverpool defender picked Harry Kane, Marcus Rashford and Raheem Sterling as the three attackers who should be in the starting XI.

“Harry Kane obviously has to start. So does Sterling. I’d probably go with Rashford as my third attacker.

“I’m a big fan of him and once he fully gets back to his best, he’s unstoppable. Sometimes when his confidence is down, he takes the easy option. He’s rapid, got a great strike on him, it’ll probably surprise people but I’d go for him.

Rashford, Sterling and Kane would be my starting three at the World Cup, but you have incredible strength in depth. Someone else could choose a different front three and it would be hard to have any arguments,” Johnson told Genting Casino.

Notably, England head coach Gareth Southgate hasn’t picked Rashford for the Three Lions’ upcoming Nations League games against Italy and Germany. While the game against Italy is scheduled for September 23, the match against Germany will be held on September 26.