That is for sure and it is certain” – 25-year-old star linked with Liverpool makes confident claim on future - SportyHubs.com In-demand Rennes attacker Martin Terrier has commented on his future amid interest from Premier League giants Liverpool.The French forward has attracted plenty of interest from the Premier League, with a host of clubs said to be chasing his signature. As reported by HITC Sport via L’Equipe, the former Lille and Lyon striker is being monitored by Liverpool as well as West Ham United and Leeds United.

However, the versatile attacker has addressed rumors regarding his future by reaffirming his loyalty to Stade Rennais. The Frenchman said, as quoted by Inside Futbol:

“I will be at Rennes this season. That is for sure and it is certain.”

Terrier emerged through the youth ranks of Lille before breaking into the first team in 2016. The attacker had made a total of 15 appearances for Les Dogues, scoring on two occasions. He was then snapped up by Olympique Lyonnais in 2018 but could not quite make his mark at the Parc Olympique Lyonnais. 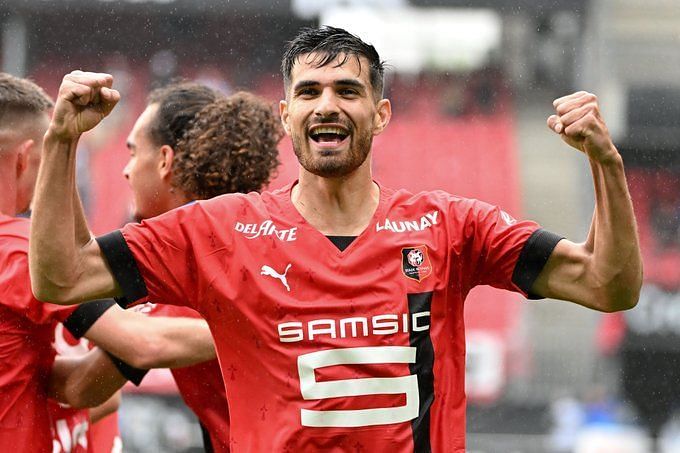 Rennes signed Terrier from Lyon back in 2020 for a fee of around €12 million. The Frenchman has established himself as one of the key players at Roazhon Park under Bruno Génésio. The versatile attacker has scored a total of 31 goals and produced 15 assists in 86 games for Rennes till date.Capable of playing either as number nine or on the left flank, Terrier has caught the eye with his ability to both create and score goals.As per the HITC report, Rennes would demand a figure in the region of £34 million to part ways with their star attacker.
Liverpool desperately need a win against Manchester United to kickstart their season
Liverpool will take on their arch rivals Manchester United on Monday night (August 22) in a must-win game for both sides.Jurgen Klopp’s side saw off Manchester City to win the FA Community Shield at the start of the season but have since struggled in the Premier League. The Reds were held to a 2-2 draw against newly promoted Fulham on the opening day before. They also dropped two crucial points against Crystal Palace on August 15.
Jurgen Klopp: “We have more injuries than we would have imagined and it would be cool to have another midfielder in, of course. Then there is also another fact that I am not in charge of what we can spend. That’s the situation.” 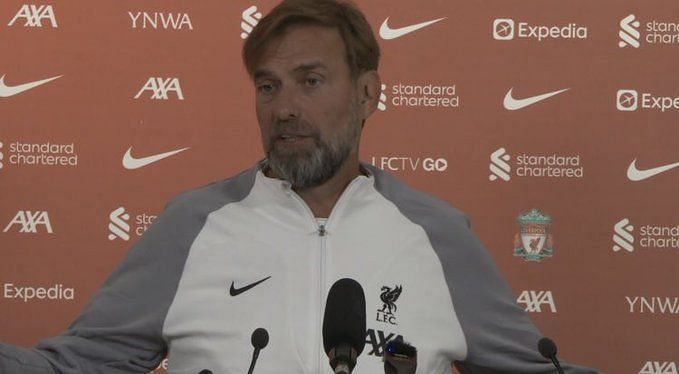 Liverpool boss Jurgen Klopp has a monumental task on his hands to get his side’s season on track. Injuries to several key players and Darwin Nunez’s suspension have made the German’s job even tougher.