Last season’s finalists Liverpool kicked off their 2022-23 Champions League campaign with a trip to Napoli on Wednesday night (September 7). The Group A opener was always going to be a tricky affair for the Reds, but very few might have expected them to implode the way they did.Outplayed and outclassed by a flamboyant Napoli, Jurgen Klopp’s men succumbed to an embarrassing 4-1 defeat in Naples. Piotr Zielinski netted a brace, while Andre-Frank Zambo Anguissa and Giovanni Simeone each scored a goal to ensure a thumping win for the hosts. Luis Diaz scored the only consolation for the visitors.

Playing in front of a buzzing Stadio Diego Armando Maradona, Napoli came charging out of the gates like a team possessed. Just two minutes into the match, Victor Osimhen took the ball around the keeper and aimed at goal from a tight angle. Fortunately for Liverpool, the post came to their rescue, denying the forward.Three minutes later, James Milner obstructed Zielinski’s shot from 12 yards with his outstretched arm, compelling the referee to award a penalty to the home side.

Zielinski stepped up, sent Alisson the wrong way, and confidently found the top-left corner.They won another penalty 12 minutes later, with the VAR penalizing the Merseysiders for Virgil van Dijk’s foul on Osimhen. The Nigerian striker stepped up to take it but failed to put it away, with his tame shot being easily parried away by Alisson.

In the 22nd minute, Trent Alexander-Arnold dispatched a stunning free-kick that looked destined for the top corner. Napoli keeper Alex Meret, however, refused to be beaten and acrobatically pushed the Englishman’s effort over the bar.Nine minutes later, Napoli deservedly doubled their advantage, with Anguissa playing a one-two with Zielinski before positioning himself and slotting it home. In the 44th minute, Khvicha Kvaratskhelia evaded Alexander-Arnold and outmuscled Joe Gomez before playing an inch-perfect pass for Giovanni.

From point blank range, the Argentine found the back of the net to make it 3-0 for Napoli.Two minutes after the restart, Zielinski doubled his tally, firing in the rebound after seeing his initial effort saved by Alisson.4-0 down, Liverpool responded with Diaz’s goal in the 49th minute, earning themselves a lifeline. They created a few good opportunities through Diaz (53 and 62 minutes) and Darwin Nunez (70 minutes), but the finishing touch evaded them.

The game ultimately ended 4-1 in Napoli’s favor, marking one of their most embarrassing scorelines in the competition under Klopp.

Here are five Liverpool players who were particularly woeful in their lackluster defeat in Italy:

Roberto Firmino was picked ahead of Darwin Nunez for the Reds’ Champions League opener on Wednesday. With the Brazilian scoring thrice in his last three Premier League outings, the selection was justified as well. Unfortunately for Klopp and co, the confident centre-forward, who scored twice in a 9-0 annihilation at Bournemouth, was nowhere to be seen in Naples.

Firmino struggled to create openings, did not threaten Napoli’s goal with his direct runs, and was weak in one-on-one duels as well. Against Napoli, Firmino failed to create a single chance, had no shots on target, lost three of four ground duels, and ceded possession nine times. 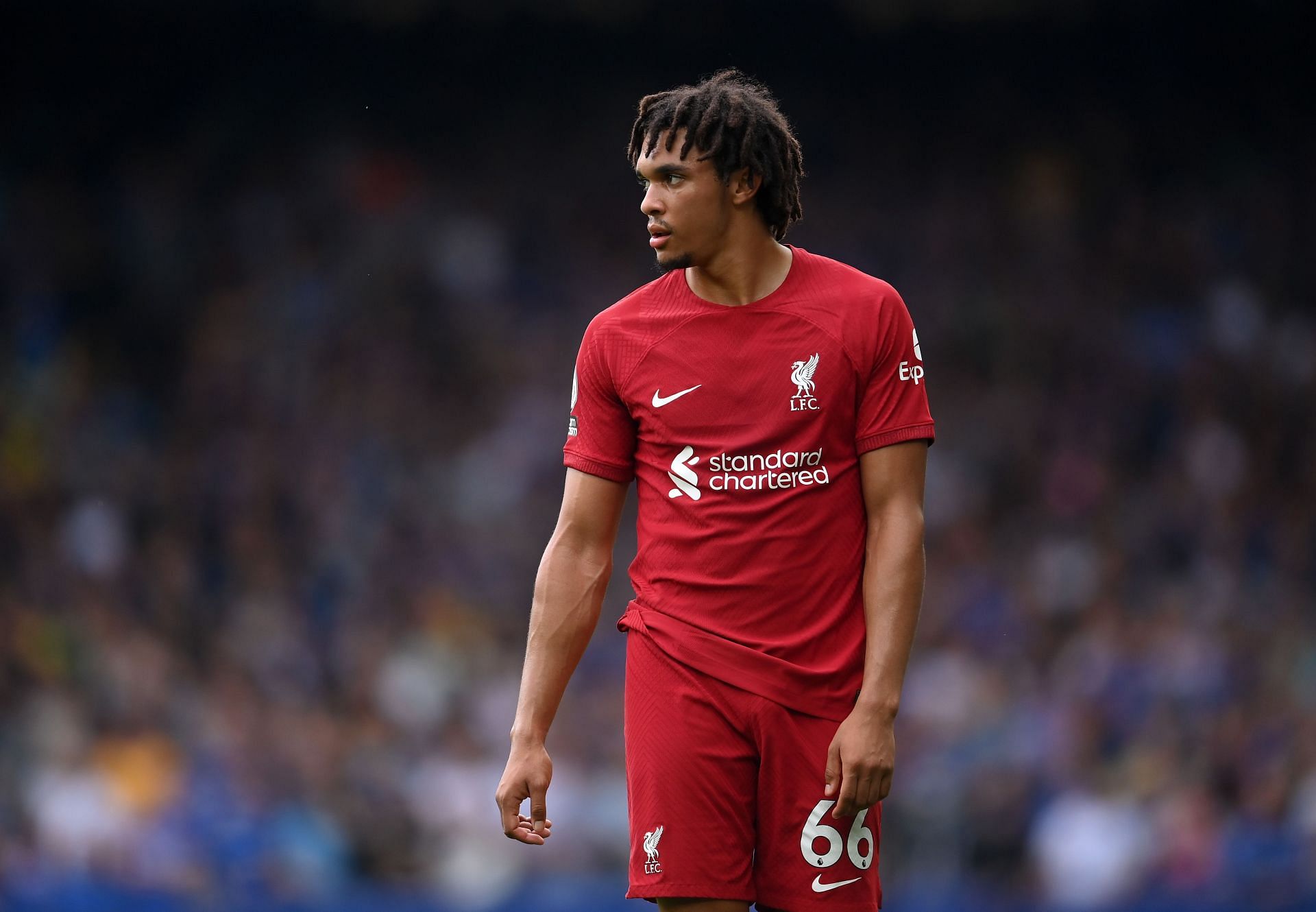 Trent Alexander-Arnold created quite a few chances (4 key passes) for the visiting side on Wednesday. However, he was lackluster when it came to defending. The England international was caught out of position time and again, was weak in duels, and gave away possession rather frequently.Alexander-Arnold could have done more to prevent at least two of Napoli’s four goals on Wednesday. He refused to help out when Anguissa breached Liverpool’s back line for Napoli’s second goal and was easily skipped past by Kvaratskhelia for their third.

After enduring a difficult afternoon in the goalless draw with Everton on Saturday (September 3), Milner once again cut a frustrating figure in Italy. He started his night by giving away a cheap penalty (handball) in the fifth minute, and things did not get any better as the match wore on. He was outsmarted and outpaced time and again, with the Napoli midfielders running circles around him.

Against Napoli, the skipper lost eight of 10 ground duels, ceded possession nine times, and committed four fouls, one of which earned him a booking (10th minute foul on Anguissa). It was surprising that Klopp allowed him 62 minutes on the pitch on Wednesday. 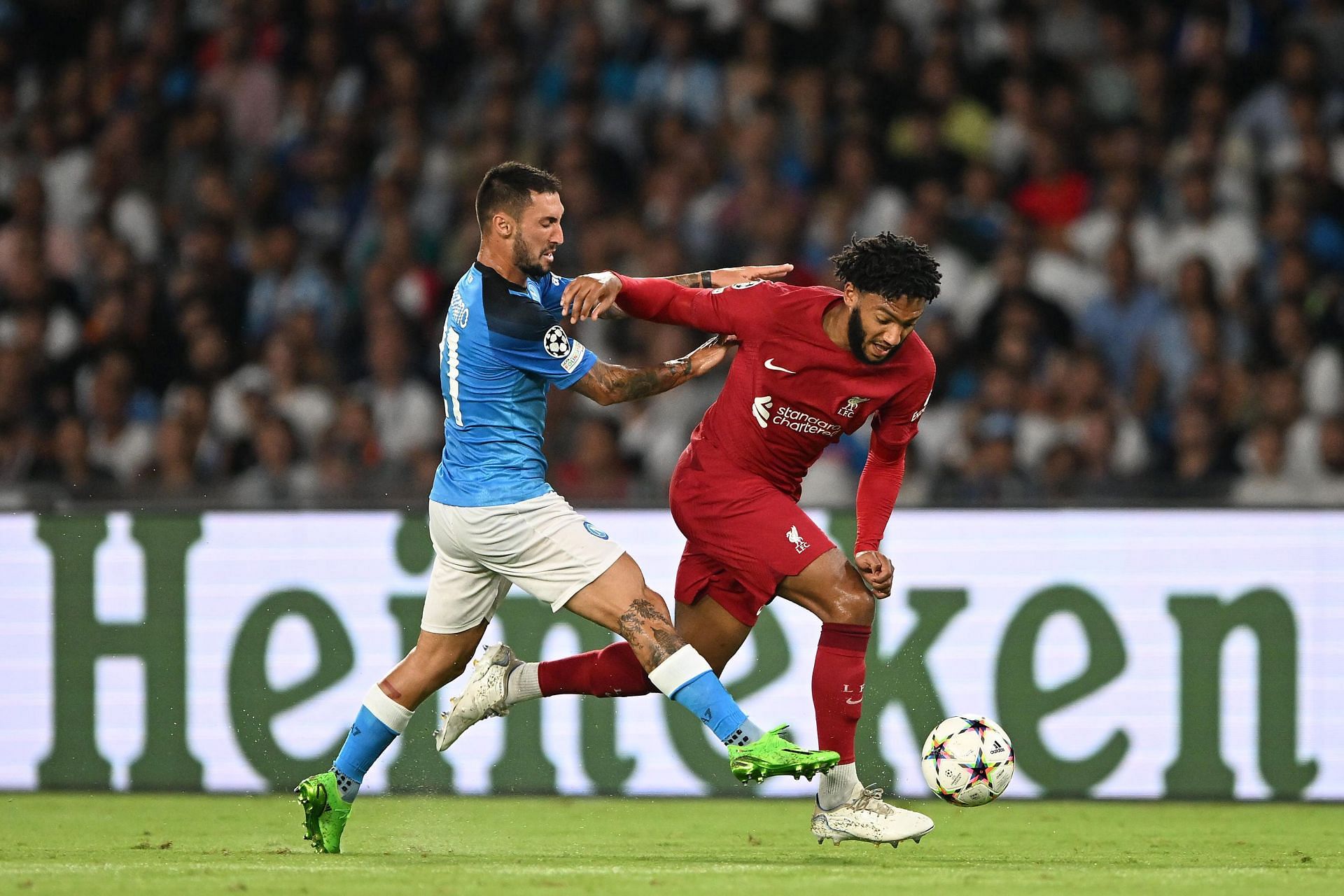 Joe Gomez, who started ahead of Joel Matip, arguably endured his worst-ever game in a Liverpool shirt at Napoli. He was clearly at fault for two of Napoli’s goals on Wednesday.For their second, he stood still as Anguissa breezed past him to convert. For the third goal, he was comprehensively outpowered by Kvaratskhelia on the left side, who then proceeded to assist Simeone.

Gomez also gave the ball away cheaply to Osimhen (30 minutes), who then squared off to Kvaratskhelia in the center of the box. The midfielder dispatched a shot but it was heroically saved off the line by Van Dijk. Mohamed Salah was expected to make a telling impact in the match against Napoli, either as a creator or a scorer. Unfortunately for the Liverpool fans, that did not turn out to be the case.Salah squandered a great opportunity to score in the 24th minute when Alexander-Arnold played him through with an excellent pass in the six-yard box, shockingly failing to control the delivery.

His delivery was abysmal at well, with him failing to make even a single key pass and misplacing all three of his crosses and one long ball. Before being hooked in the 62nd minute, Salah ceded possession 10 times, lost all three of his duels, and made only 13 accurate passes.