Liverpool manager Jurgen Klopp once had a fallout with current Tottenham Hotspur star Ivan Perisic during their time in Borussia Dortmund.

Klopp signed the Croatian from Club Brugge for a fee of €5 million. The player scored nine goals and provided six assists for the German club in his first season.

However, he was often used as a substitute as only 11 of his 41 appearances came as a starter. In fact, he started only eight of his first 23 appearances for the club and was left frustrated. The player reacted by saying to NovaTV in 2012:

“I cannot be pleased with my situation at the club. I don’t get a lot of time on the pitch, very much like last year. The stats show it: When I play I score. But when I don’t score in a game, I am not an option for the next two or three games. We (Klopp and Perisic) have no relationship. He is the best coach in Germany right now, the number one, everyone accepts the subordinate role. And rightly so, what we achieved in Dortmund over the past few years is unique.”

“The atmosphere in the team is perfect, but it is as if he has something against me. He has three to four players with whom he discusses things, shares his opinions and his thoughts. The rest of us are pros, doing their job.”

Perisic’s agent Tonci Martic doubled down on the comments and implied that his agent wanted to leave the club. Dortmund general manager Michael Zorc and CEO Aki Watzke were left agitated by those comments.

Jurgen Klopp was also asked for his opinion on the same. Here’s what the current Liverpool coach told reporters:

“I heard a few statements and it’s nothing dramatic, already know Perisic is not happy, it would be strange if he was. That is a fact and perfectly normal.”

However, the German coach was not happy with Perisic commenting in public. He implied that the player should act like an adult and use his performances to force the manager to select him, rather than whining in public:

“A professional footballer is unhappy when he is not playing. But if he shuts his mouth afterwards, his chances are good, it will get better. Public whining belongs to kindergarten, not to the world of adults. You shouldn’t do that.”

Jurgen Klopp is generally known for his warm behavior towards his players. That side of the manager came out when he was asked about Ivan Perisic ahead of Liverpool’s Champions League game against Inter Milan. The Croatian was a part of the Neruazzuros last season.

Klopp asked which Inter player he likes: “Ivan Perisic. We worked together. We were very successful. We won the double together. I am looking forward to seeing him! I like Ivan Perisic a lot!” 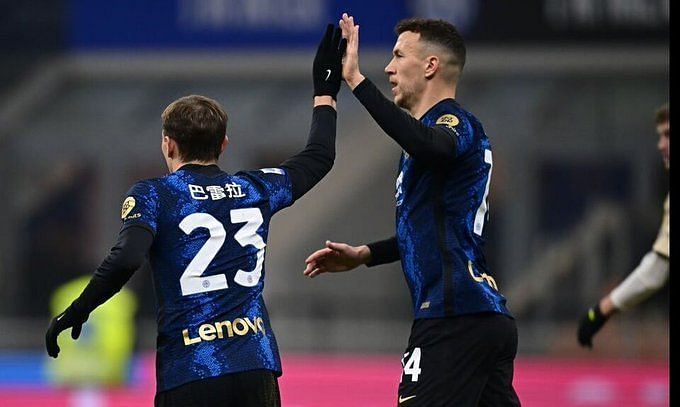 “There’s Ivan Perisic, I worked together with him. We were very successful, we won the double in Germany. So, I’m really looking forward to meeting Ivan. After, we met, when he played for Wolfsburg. We (Dortmund) lost a cup final in Germany (in 2015). But since then, probably not anymore. I like Ivan Perisic a lot.”