Liverpool made Arthur Melo their last-minute signing of the summer transfer window, taking the midfielder on a season-long loan from Juventus. However, according to reports from Calciomercato (via EmpireOfTheKop), the Reds are not pleased with his performances. They are now seeking a replacement in the form of Inter Milan midfielder Marcelo Brozovic.It won’t be an easy affair for Liverpool, with Paris Saint-Germain and Manchester United also reportedly interested in the Croatian’s services.

Brozovic won the Scudetto with the Nerazzurri back in 2021, three years after reaching the final of the FIFA World Cup with Croatia. His impressive resume has not gone unnoticed at Anfield, with the Reds prepared to make a move for him ‘as soon as possible’.

All parties have denied any intention to terminate loan deal in January — he’s prepared to stay and fight for his place until June. 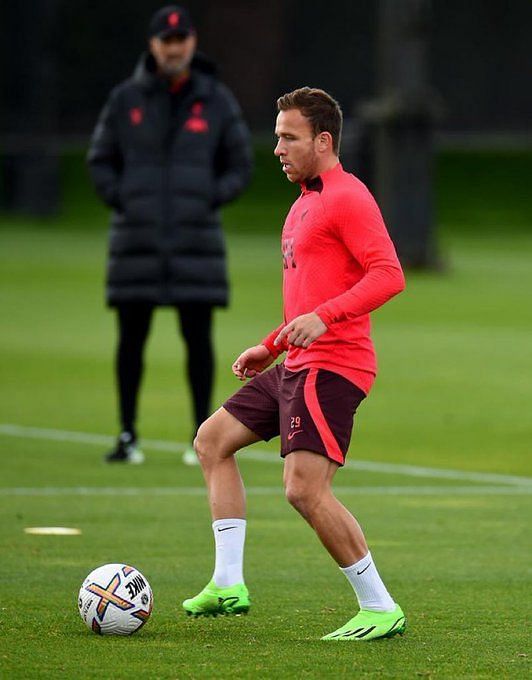 Arthur Melo was an urgent signing that was made to improve the depth in Jurgen Klopp’s midfield, but the Samba star has mostly warmed the bench so far. Notably, he played just 13 minutes in the forgetful Champions League clash against Napoli, which the Reds lost 4-1.Since then, he has not made another appearance for the first team and was not named in the squad that faced Rangers in their last continental outing.

With Liverpool unlikely to retain Melo after his loan term ends, Brozovic is expected to be the main target as the Reds continue to seek midfield improvements.

While Brozovic is said to be their main priority in the coming window, the Reds have long been linked to Borussia Dortmund youngster Jude Bellingham.In recent reports from Football Insider, the Anfield hierarchy have set money aside in preparation for a massive signing in the winter transfer window. It is widely believed that Jude Bellingham will be the target.The 19-year-old is expected to cost over £100 million, with Dortmund unwilling to let him leave for cheap. This could potentially see Liverpool pay a club-record fee to sign the generational talent.It won’t help that, just like with Brozovic, the Reds will have serious competition for Bellingham’s signing, with European juggernauts also interested.Having spent large fees on bringing in players like Darwin Nunez and Luis Diaz, it may be assumed that the Anfield hierarchy will not be willing to spend more. However, the report reiterates that Fenway Sports Group are prepared to invest massively in January, and are already working towards it.