Liverpool pull out of negotiations without making an offer as Klopp finds alternative to £51M deal - SportyHubs.com Liverpool have taken the decision to back their young talents amidst reports they have exited the race for £51M rated midfielder.

The likes of Harvey Elliot and Fabio Carvalho will surely be entrusted with regular minutes this season.

Current casualties include three central midfielders with Thiago, Alex Oxlade-Chamberlain and Curtis Jones all out injured – resulting in an increased game time for the young starlets.

Jurgen Klopp will not be adding to his midfield seemingly, with the Reds pulling out of any potential deal for Sporting’s Matheus Nunes.

Harvey Elliott: “Hopefully my career ends here. This is why I’ve come here, to be honest, just to make sure I establish myself in this team and play as much as I can for Liverpool.” 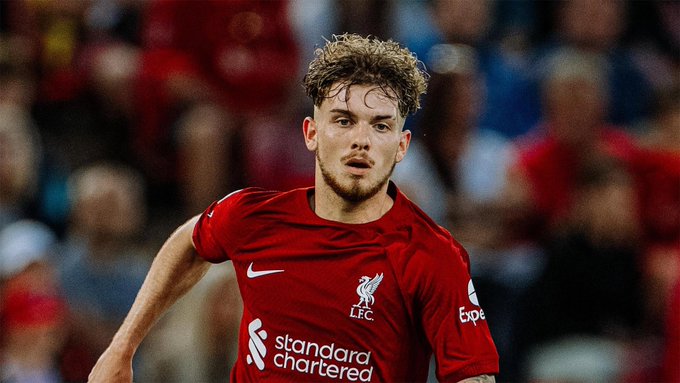 According to the latest reports, Liverpool approached Sporting about signing Matheus Nunes this summer, but have now exited the race for the midfielder without making an offer.

Furthermore, Klopp came out to explain that moving for a player isn’t easy and they would only look to sign someone of the right profile.

“If there was the right player and an opportunity, we would have done it, we would do it, but I don’t see it because we had a lot of conversations already and it doesn’t look like something will happen.”

Fans may be frustrated but the talents of Elliott and Carvalho will surely receive more game time as a result of no signing.

The Reds have been linked with Jude Bellingham long-term and that clearly is the fit of a player who would be worth waiting for. Reports claim behind-the-scenes talks have progressed well in recent weeks.

Liverpool don’t rush and buy players for the sake of it and clearly, the youth and the depth of midfielders that are already there (when at full strength) should be enough to see them compete as they did last year.

Elliott put pen to paper to secure a new long-term deal recently and he looks set for a starting place in the team in the coming weeks.

He had initially started the opening few games of last season before an injury ruled him out and now he’s fully fit, available and ready to make an impact on this Liverpool side – even at the tender age of 19.