Liverpool is a big club and wants to keep fighting with the best so it is normal that they will buy new players” – Fabinho reacts to ‘really good player’ being linked with Anfield switch - SportyHubs.com Liverpool midfielder Fabinho has lauded long-time Reds target Borussia Dortmund star Jude Bellingham, stating that it is normal for the club to be linked to such talented players.The Reds, who reportedly enquired about Monaco’s Aurelien Tchouameni prior to his Real Madrid move, have long been linked with a move for Bellingham. Liverpool have not added any midfielders to their ranks this summer, but rumors have started gaining wind in light of recent injuries to Alex Oxlade-Chamberlain, Thiago Alcantara, and Curtis Jones.

Fabinho: “I didn’t hear about Tchouameni. I heard about Bellingham because he is young and a really good player but he didn’t come.” 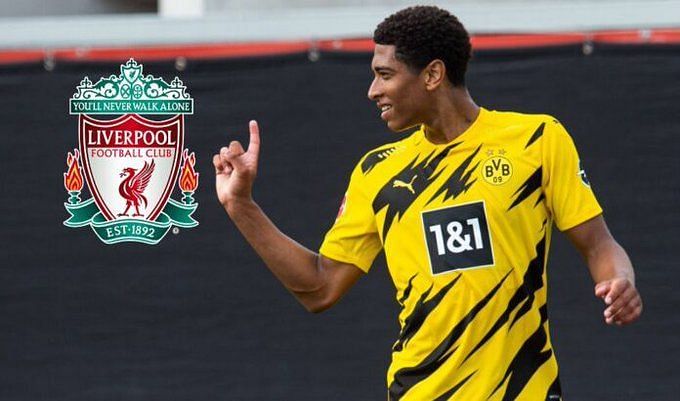 Fabinho, who has endured a slow start to the 2022-23 season, believes it is natural for a club as ambitious as the Merseysiders to be linked with top players. Admitting that he had heard about Bellingham’s links, he said:

I didn’t hear too much about transfers. Of course there are always players linked with the club because the club has to look forward and try to be better.

“It is normal that good players are always linked with the club. I didn’t hear about Tchouameni. I heard about Bellingham because he is young and a really good player but he didn’t come. It is normal. Liverpool is a big club and wants to keep fighting with the best so it is normal that they will buy new players.”

Fabinho not worried about competition for places at Liverpool

Bringing in Jude Bellingham or a player similar to his profile could take a toll on Fabinho’s game time. The Brazilian, however, has complete faith in his ability and is prepared to fight for his place if needed.

They need to get on their database and tick boxes “Better than Henderson & Milner” & “Available to play more than Keita and Thiago”.

There’s bound to be a big list that appears.

Speaking ahead of the Reds’ 2-1 Premier League defeat to Manchester United (August 22), he added:

“It is normal that they will buy new players and that some players have had their name linked to the club. But it doesn’t bother me. I’m really confident. I am really happy here so if Liverpool buy another No.6 that is normal and I will fight for the team and for the position.”

Although unbothered by potential new arrivals, Fabinho indirectly advised the Merseysiders against adding more midfielders to their ranks.He concluded by saying:

“I think the midfield is the place where we have more options [than any other department]. I think now we have two or three midfield players with injuries and we still have a lot of options – so although I think I’m not the right man to say whether we need another player or not – but in my opinion we have really good players already in this sector.”

Fabinho, who joined the club from Monaco in July 2018, has thus far played 174 games for the Anfield outfit across competitions, recording 11 goals and eight assists.