Amidst Liverpool’s ongoing midfield crisis, former Reds ace John Barnes has reckoned that the Premier League giants should have signed Yves Bissouma. The former Brighton & Hove Albion midfielder switched outfits this summer as he joined Tottenham Hotspur in a €29 million move.The Reds are winless after three games in the Premier League this season. After drawing their first two games against Fulham and Crystal Palace, fell to a shock 2-1 defeat against Manchester United. Liverpool currently have a depleted midfield with the likes of Naby Keita, Thiago Alcantara, Curtis Jones and Alex Oxlade-Chamberlain nursing their respective injuries.

This saw Jordan Henderson, James Milner and Harvey Elliott start in midfield for the Reds against United as Fabinho was not fully fit as well. Barnes believes that Bissouma would have strengthened Liverpool’s squad and given them the required depth. He told Bonus Code Bets:

“Any signings have to make sense. Like I’ve already said from last year, Yves Bissouma would have been a great signing personally. Regardless of what actually went on, he went to Tottenham and you can see how strong Tottenham are that Yves Bissouma is not in the team.”

However, having said that and looked at the various injuries Jurgen Klopp’s squad, Barnes insists that his former club will not make any panic buys. He added:

I think Jurgen Klopp has enough money in the bank with the fans and with people for them to still have faith in him but obviously if it makes sense and there could be a player that improves us then I’m sure they’ll make that decision.”

There is still a week left before the summer transfer window slams shut and it will be interesting to see if the Reds make any late signings or stick to what they have.

Injuries don’t help, but Liverpool’s midfield seems to be ageing or made of Weetabix. Its failings put pressure on the defence while stifling the attack. Klopp once got burnt by over loyalty to players who have peaked. Not again please.

Liverpool late entrants in the race to sign Barcelona midfielder

If Spanish outlet El Nacional is to be believed, then Klopp is indeed looking to sign a midfielder before the transfer window ends. The English giants are reportedly the newest entrants in the race to sign Frenkie de Jong from Barcelona and are prepared to launch a €71 million bid, including add-ons.

Would Frenkie De Jong be the perfect signing for Liverpool at the moment? 🤔 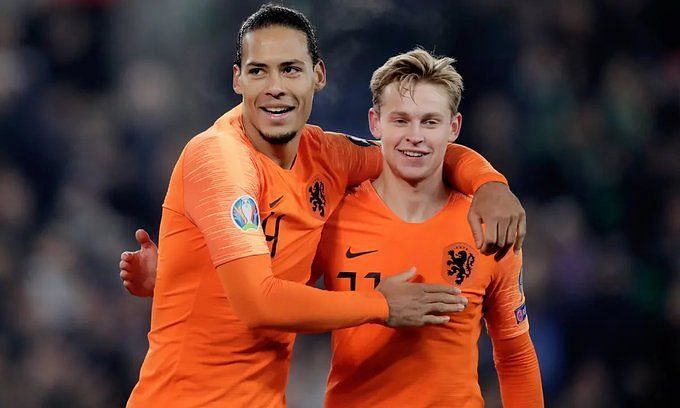 There is already a tussle going on between Chelsea and Manchester United for the Netherlands international and Liverpool’s entry could surely spice things up. De Jong, however, is understood to be in favor of staying at the Nou Camp.