JUST IN❗Klopp has been forced to rely on James Milner, Jordan Henderson, and Harvey Elliot in recent weeks. Milner and Henderson are entering the latter stages of their careers.The duo were overrun in midfield by Fulham, Crystal Palace, and Manchester United. Elliot has shown glimpses of his ability but still lacks experience. - SportyHubs.com With just two days to go before the close of the summer transfer window, the Reds have identified RB Leipzig midfielder Konrad Laimer as a transfer target as per Fabrizio Romano.Laimer joined RB Leipzig from RB Salzburg in the summer of 2017. He has gone on to make 164 appearances and score 11 goals in all competitions for the German giants.

The Austrian enjoyed an impressive 2021-22 campaign, scoring five goals in 43 appearances for the club. He helped them win the DFB Pokal and finish fourth in the Bundesliga.

Liverpool were considering Laimer as cheap option as he’s out of contract next summer, so he’s now expected to stay. 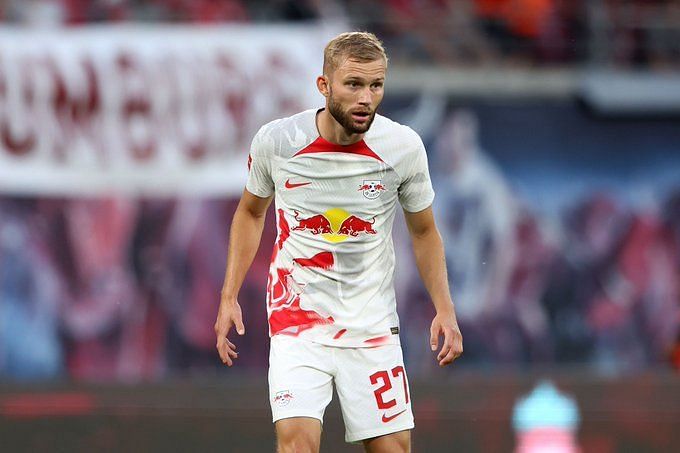 Laimer’s energy and eye for goal make him the ideal target for Klopp’s side. The midfielder could available for a bargain price this summer as he has just one year remaining on his contract.

However, Romano reports that RB Leipzig are proving to be tough negotiators as they are unwilling to part ways with the Austrian unless they receive a significant bid.