Naldini. The Bolton Baresi. Nathaniel Phillips is one of Liverpool’s first-choice centre-backs but he has been given these nicknames because of how much the fans love him.

He isn’t one of the best defenders but fans have always applauded the dedication he shows every time he puts on the Liverpool jersey.

Phillips became a fan favourite after his contributions in the 2020/21 season helped the Reds secure qualification to the UEFA Champions League group stage the following year. Liverpool went on to the final next year, securing even more appreciation for his performances.

Liverpool faced an injury crisis at the back that season and were left with no fit senior centre-backs. Next thing you know, he became a regular that season alongside Rhys Williams, earning 20 appearances that season.

Phillips was known for his amazing aerial ability, constantly going in for headers and winning them. He was often left with cuts on his face, always trying his best to get to the ball first.

He was so loved by fans, that one fan ended up using this illustration of Phillips heading a brick by Karl Thyer. He is certainly going down as a cult hero by the end of his career.

It was only an U21s fixture, but he fought hard to extend the youngster’s unbeaten run to five games. He featured in the 1-0 win over Leicester U21s alongside Fabio Carvalho and Arthur Melo. 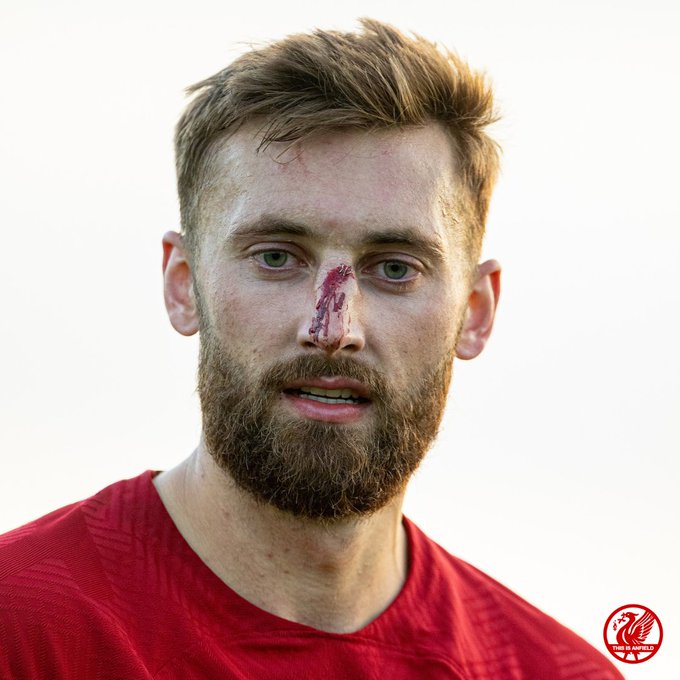 The U21s coach expressed his gratitude towards the senior players as they showed an incredible example to the young players. Barry Lewtas said, “They’re top-level professionals. They add to our group as well, not just in terms of our performance but our young lads get to see what elite looks like.”

Phillips has only featured once for the first team this season during a 1-1 draw with Crystal Palace. I doubt he’ll get many more chances this season unless any more injuries occur. But, I know that Liverpool fans will welcome him in the lineup with open arms.