I think he has been sloppy this season” – Roy Keane slams Liverpool star after Reds' defeat at Manchester United - SportyHubs.com Manchester United legend Roy Keane criticised Liverpool centre-back Virgil van Dijk for his defending in the North West derby at Old Trafford on Monday (August 22). He said that the Dutchman hasn’t been up to the mark this season.The Red Devils won 2-1 at home against their arch-rivals on Monday, notching up their first win of the season to leapfrog their rivals in the standings. Jadon Sancho opened the scoring with a well-taken goal in the 16th minute.

“I think he has been sloppy this season. Van Dijk, he has got to get out. He has not moved his feet.” 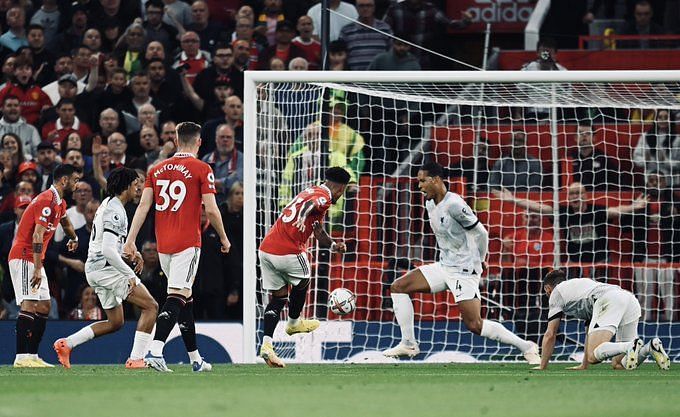 The Liverpool defender has come under scrutiny for his lack of intensity in all three games this season.

In their 2-2 draw against Fulham on the opening weekend, Van Dijk gave away a penalty, as he fouled Aleksandar Mitrovic. He then appeared passive in the Reds’ 1-1 draw against Crystal Palace, allowing Wilfried Zaha to comfortably take a shot to score.

Widely considered one of the greatest active defenders in the game, the former Southampton man will need to up his game soon.

Manchester United started the campaign disastrously, losing their opening two games to sink to the bottom of the standings. They lost 2-1 against Brighton & Hove Albion at Old Trafford before losing 4-0 against Brentford at the Gtech Community Stadium.

Not much was expected of them coming into the Liverpool game, as they had lost this fixture 5-0 last season. However, United displayed immense intensity and sharpness and created multiple chances to earn a deserved win.

After Jadon Sancho’s opener, Marcus Rashford extended their lead in the 53rd minute. Mohamed Salah got one back for the Reds nine minutes from time, but it was too late as United hung on for all three points.

With their first win of the season, Erik ten Hag’s side moved to 14th place in the Premier League standings. Jurgen Klopp’s team, meanwhile, are 16th after taking just two points from their three games.Manchester United will next face Southampton at the St. Mary’s Stadium on August 27. Meanwhile, Liverpool will face newly promoted Bournemouth at Anfield on the same day.