"He might be thinking it's all too easy and stopped concentrating" - Glen Johnson says Liverpool star has not been 'hitting the heights' he used to this season - SportyHubs.com Former Liverpool defender Glen Johnson has admitted that Virgil van Dijk is not at his best for the Reds this term, but backed him to regain his form soon.Liverpool spent a whopping £75 million to acquire Van Dijk’s services from Southampton in January 2018. The defender has since been a key player for them, making 190 appearances across all competitions.

The Netherlands international has been pivotal to the Reds’ domestic and European success in recent years. His importance to the side was further highlighted when they struggled in his absence in the 2020-21 season.Van Dijk made a successful return from injury last campaign and helped Liverpool win the FA Cup and the EFL Cup. However, the 31-year-old has largely been criticized for his performances this term.Assessing Van Dijk’s displays this season, Johnson conceded that the centre-back is not performing like he used to. However, the former Liverpool right-back suggested that the player is a victim of his own success. He told Genting Casino:

“Van Dijk has set the bar so high that he’s always going to get criticized after a few bad performances. He’s certainly not hitting the heights he used to but it could be the personnel around him.”

Van Dijk has set the bar so high that he’s always going to get criticised after a few bad performances. He’s certainly not hitting the heights he used to but it could be the personnel around him.” 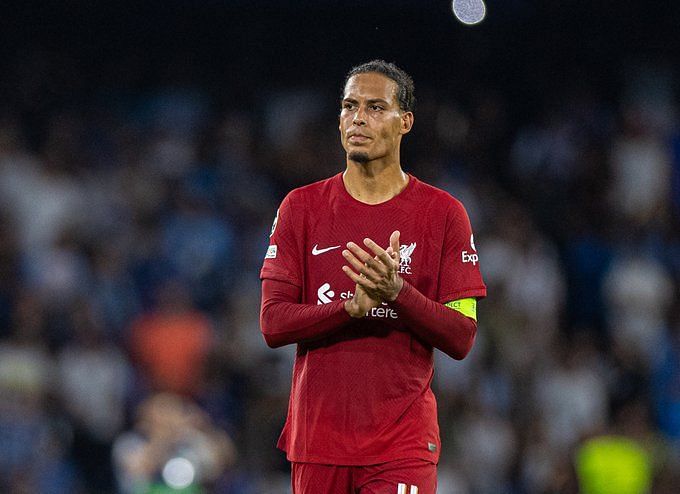 Johnson, though, also raised concerns over Van Dijk’s concentration levels this term. Despite all that, the Englishman expects the central defender to return to his best soon. He said:

He [Van Dijk] might be thinking it’s all too easy and has stopped concentrating. You don’t lose your quality overnight and once he gets his head back in the game, he’ll be fine.”

Van Dijk has made nine appearances across all competitions for the Anfield outfit this season, scoring one goal in the process.

Liverpool have struggled for form this season

It is worth noting that Van Dijk is not the only Liverpool star struggling for form this season. A host of Reds stars, including Mohamed Salah and Trent Alexander-Arnold, have been far from their best.

The players have struggled to hit the ground running after their 63-game run last campaign. Jurgen Klopp’s side thus find themselves sitting eighth in the Premier League table with nine points after six games.

Klopp and Co. also suffered an embarrassing 4-1 defeat at the hands of Napoli in their UEFA Champions League opener. It now remains to be seen if they can turn things around when they return to action following the international break.

The Reds will be hopeful that the likes of Van Dijk and Salah will start firing on all cylinders soon.