"He is just a dream for his teammates to play alongside" - Michael Owen wowed by Liverpool star who was 'on fire' in 9-0 Bournemouth rout - SportyHubs.com Former Ballon d’Or winner Michael Owen has lauded Liverpool star Roberto Firmino following his display against AFC Bournemouth.The forward put up unbelievable numbers as the Reds thrashed the Cherries 9-0 in the Premier League on August 27. Firmino set up his side’s first three goals in the opening 28 minutes at Anfield before scoring in the 31st minute. He added a second goal in the second half to give the hosts a 7-0 advantage.

Firmino’s incredible display helped Liverpool put an end to their horrid start to the new Premier League season.Praising the Brazilian after the match, Owen told Premier League Productions (as quoted by HITC):

“He was on fire. We all know the class act that he is. He is just a dream for his teammates to play alongside.”

The Englishman went on to add:

“How many times has Firmino dropped into those pockets? He drops into the hole and then players run into the spaces he vacates. His first touch is just staggering.”

“He just caresses the ball and has great vision. And he was at the heart of the great things Liverpool did. Two goals and three assists. Brilliant.”

Firmino notably struggled for regular time on the pitch last season. He played 35 times across all competitions, but averaged just around 51 minutes per appearance. To his credit, the versatile forward produced 11 goals and five assists in those games.

Darwin Nunez’s arrival on a big-money deal this summer led many to believe that Firmino’s role in Jurgen Klopp’s team could become even more protracted. However, with Nunez suspended, the Brazilian proved that he still has plenty to offer in attack with a scintillating display against Bournemouth.

The win against Bournemouth, Liverpool’s first of the new Premier League season, came at the right time for the Reds. Klopp’s men face two tricky league fixtures in the upcoming week as they look to continue building momentum. 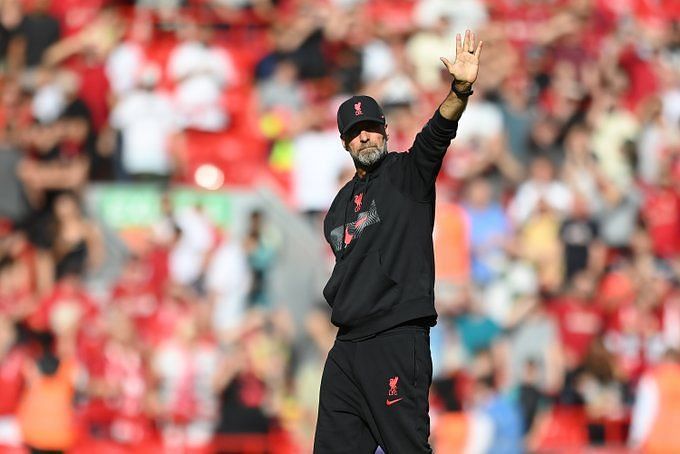 The Reds will take on an upbeat Newcastle United at Anfield on August 31. Eddie Howe’s side have already taken points off Manchester City this term, though they only managed a 1-1 draw against Wolverhampton Wanderers last time out.

Following that fixture, Liverpool will take on Everton in the Merseyside derby at Goodison Park on September 3. The Toffees are yet to register a win this season and are currently 18th in the Premier League standings.