Former Aston Villa forward Gabby Agbonlahor believes Trent Alexander-Arnold could thrive on the right wing for Liverpool in Jurgen Klopp’s new system.Following a difficult start to the season for the Reds, the German manager has experimented with a new 4-4-2 formation.

He used the system during their excellent 1-0 victory over champions Manchester City in the Premier League on October 16. The formation allowed the full-backs more defensive support from wingers.

Alexander-Arnold is currently recovering from a calf injury, but has been heavily criticized for his defensive displays this season. The 24-year-old has suffered numerous concentration lapses and defensive howlers this term.Hence, Agbonlahor feels the England international could benefit from a more advanced role. The full-back replaced Diogo Jota against City after the forward was injured and the pundit believes that could be an option for Liverpool.Agbonlahor told Football Insider:

“I don’t mind it. I feel I would play that, Trent could play on the right wing and Salah could play up front and just time his runs onto the right. Liverpool have got options but the fact that Jota has got injured means he might change that formation.”

“He might go to Salah, Firmino and Nunez with Nunez off the left, Salah off the right and Firmino down the middle. Yes, Liverpool have not been in great form this season and, for me, it looked like the start of the decline.”

Even after their good display against Manchester City, Agbonlahor believes that Liverpool need to put up a good run to get more credit. He said:

“I’m not going to judge them off this game, to be honest because you do up your game against your fiercest rivals. I want to see it in the next game, can they up their game when they’re playing West Ham.”

“They look back to their best but they have got to put a run of fixtures together where they get maximum points. Can you go and do it again when you’ve got West Ham at home?”

Reece James, Trent Alexander-Arnold and Kyle Walker have all picked up injuries with just over a month until the World Cup 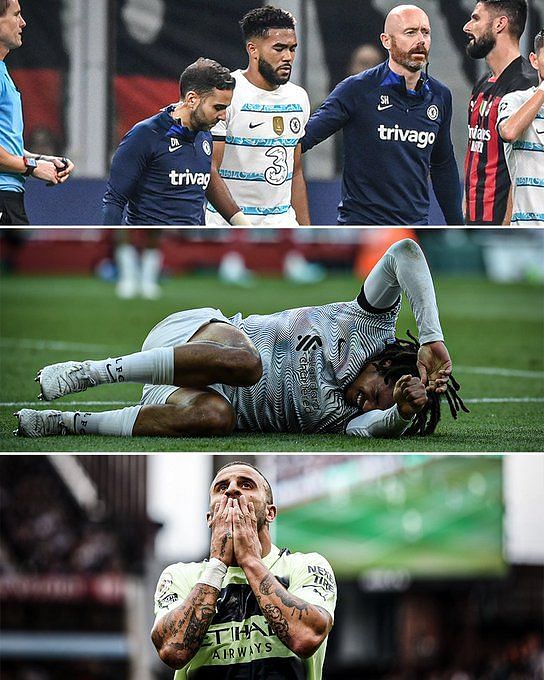