BUST-UP '"It looks more serious than it is" - Jurgen Klopp opens up on bust-up between Milner and Van Dijk during Liverpool defeat at Old Trafford - SportyHubs.com Liverpool manager Jurgen Klopp has played down the altercation between Virgil van Dijk and James Milner in the side’s 2-1 defeat to Manchester United on August 22.Klopp’s side were beaten by their fierce rivals in a pulsating affair with tensions rising, certainly between two Liverpool players.

Van Dijk and Milner were seen at loggerheads following Jadon Sancho’s opener, with the English midfielder taking aim at the Dutchman’s defending.The Dutch centre-back stayed upright in front of Sancho whilst he twisted and turned in the box before easily slotting home.Milner had attempted to block the United winger’s feint shot just prior to Van Dijk’s questionable lack of defending.Klopp has commented on the bust-up, claiming it to have been nothing more than emotions getting the better of the veteran midfielder.He told reporters in his pre-match press conference ahead of the Reds’ clash with Bournemouth on August 27, (via Metro)

“We spoke about everything (this week). Milly is an emotional player and I had plenty of conversations with my best friends like this on the pitch. It looks more serious than it is. No problem at all.”

There was only one player who tried to block it, let me say it like this. I saw Millie try. There was not a lot of help around.” 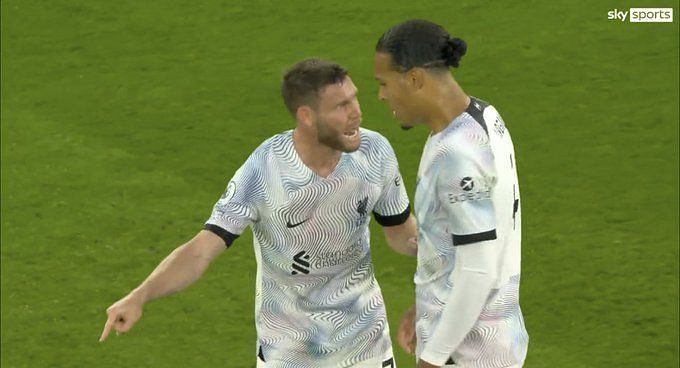 Klopp’s men have made a disappointing start to the season, drawing 2-2 against Fulham and Crystal Palace before the defeat to Manchester United.

“I know how it sounds but we should have won this game if we did little things better, so now we have to find out. The team we lined up with was more than good enough to play a top game. I want to fight through this, players come back and we’ll get better results.”

Virgil van Dijk did not make a successful tackle against Man Utd: 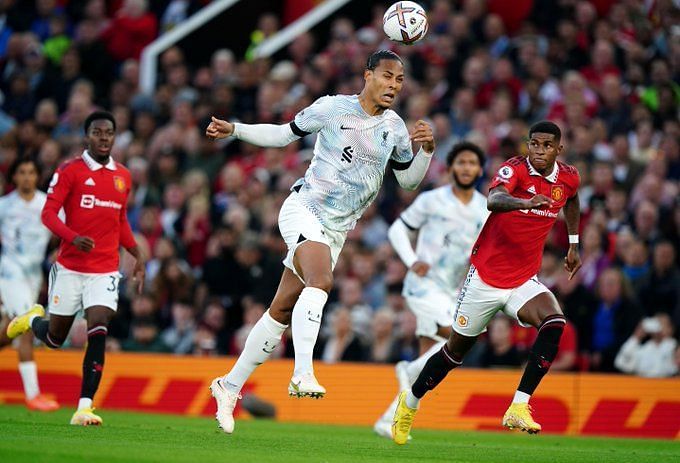 No wonder James Milner was in his ear. 😬