Carvalho is one of three new summer signings made by the Reds in the ongoing transfer window. The other two are right-back Calvin Ramsay and forward Darwin Nunez.

Better than any version of Drogba”, “It’s our time now” – Liverpool fans rave over player beating ‘finished allegations’ with record in Reds’ 5-0 first-half display against Bournemouth.

Firmino has been criticized for his performances at the start of the season, as he had little impact in the Reds’ games against Fulham and Manchester United.

Liverpool fans have heaped praise on Roberto Firmino following his stunning first-half display against newly-promoted Bournemouth on Saturday (August 27).The forward provided three assists within the first half hour of the clash at Anfield, before grabbing one for himself in the 31st minute.

Jurgen Klopp’s side were looking for their first victory of the campaign following a slow start to the season. The Reds had the three points in the bag before the break as they led 5-0.

Firmino has been a key member of Klopp’s side since the German took over at Anfield in 2015 and has won every major trophy available in that time. However, the Brazilian international appears to no longer be the first-choice striker at Liverpool following the arrival of Benfica forward Darwin Nunez.

The Uruguayan arrived at the Merseyside club for a club-record fee (£85 million). However, he earned a three-match suspension following a bizarre headbutt against Crystal Palace centre-back Joachim Andersen.

Firmino appears to have grabbed his opportunity to impress Klopp, and fans took to Twitter to praise the forward. Here are some of the reactions:

Roberto Firmino is the first Liverpool player to be directly involved in four goals in the first half of premier league match. 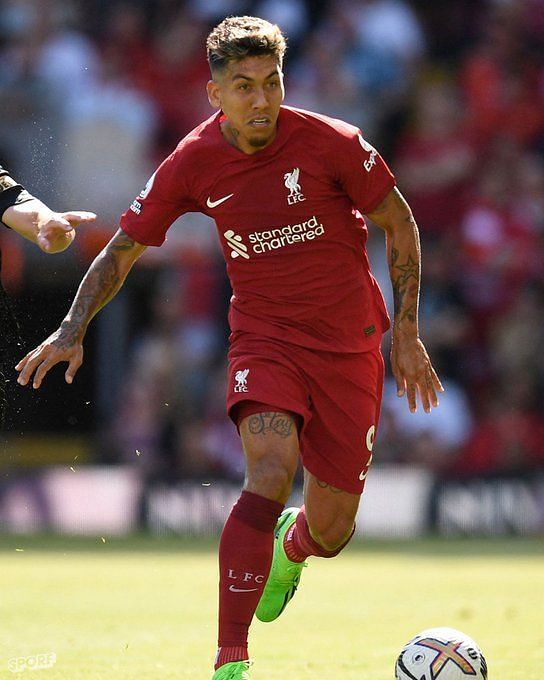